I’ve been grinding away at my query letter for over a year, but more intensely over the past month. I think I’ve achieved the goal of giving a general idea of the story, while managing to sprinkle some life into the sentences. I’m not really sure, but I hope so. Read on.

The Warrior from Monde, complete at 133,000 words, is a sci-fi romance that is set in fictional seventeenth-century Europe. The story centers on two generations of love, power, and a mystery that affects an empire. The hero, Lucian, is born with extra-human abilities that are a source of reverence and conjecture from those around him. As a young man, his loyalties are challenged between the call to join an alien army and his attachment to loved ones.

Lucian is born as one part his mother and nine parts his father. On the night of his conception, his mother, Rima, is a refugee, fleeing from war in her homeland. She finds herself in Monde, a country that is unfamiliar to her. There, she has an encounter with a man-like creature who leaves her pregnant. Years later, Fabien Chevalier, a known brute and cousin to the king of Monde, is seized by Rima’s beauty and he kidnaps her. But he soon falls for her and adopts Lucian as his own.

Lucian learns that the resource-rich country of Monde is battling with spies, religious contention, and covetous neighbors. Desiring nothing but to become a soldier, Lucian enters Monde’s military. While in training, his insurmountable strength, superior intelligence, and enchanting aura, make him a celebrity. King Verlaine of Monde coins him as the symbol of his kingdom’s strength. But the king’s ally, the self-righteous and avaricious King Gaspar of Dubark, views Monde’s widespread veneration of Lucian as a threat to the religion that rules over both empires. In this, King Gaspar sees an opportunity to enforce religious doctrine.

As Lucian’s fame increases, so does his ego, and along with it, a growing frustration to unleash the full gamut of his power. When he later learns that Fabien had kidnapped his mother when Lucian was a toddler, Lucian publicly threatens Fabien’s life, in a rage. King Verlaine must punish Lucian for the treasonous act. But King Gaspar has his own plans for Lucian and for Monde. He launches an attack on the empire. However, victory will not be swift. And when a man more powerful than any king arrives in search of Lucian, the question of who’s good and who’s evil is unclear. Lucian learns why he was born with his abilities, and that he must leave Monde. He can give no aid in the war that he’s sparked. What will become of the empire and of his loved ones?

The Warrior from Monde is likely to appeal to fans of Emperor: The Gates of Rome by Conn Iggulden and The Wizard’s First Rule by Terry Goodkind. I’ve pasted the first ten pages of my manuscript to this e-mail.

I’m a member of Author Salon, The San Antonio Writer’s Guild, and San Antonio’s Novel Writing, Publishing and Marketing Group. I’ve been writing a fitness blog for the past seven years, and I continue to help readers to this day. 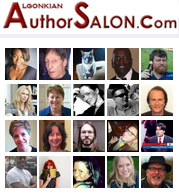 The Digital Magazine For Positive Storytelling

(re)Living History, with occasional attempts at humor and the rare pot-luck subject. Sorry, it's BYOB. All I have is Hamm's.

Smile! You’re at the best WordPress.com site ever

It's time to get hella serious about writing!

Living and Loving the most of what is given

4 out of 5 read-ologists recommend this WordPress.com site. ups and downs of writer's insanity and day to day life. I will write whatever makes the voices happy, for a writer that ignores her inner voices is merely a mental breakdown waiting to happen. Keeping the voices happy and creating new worlds for them to play in is my main goal.

Anthony Vicino
Records of the Ohanzee
A Matter of Scale